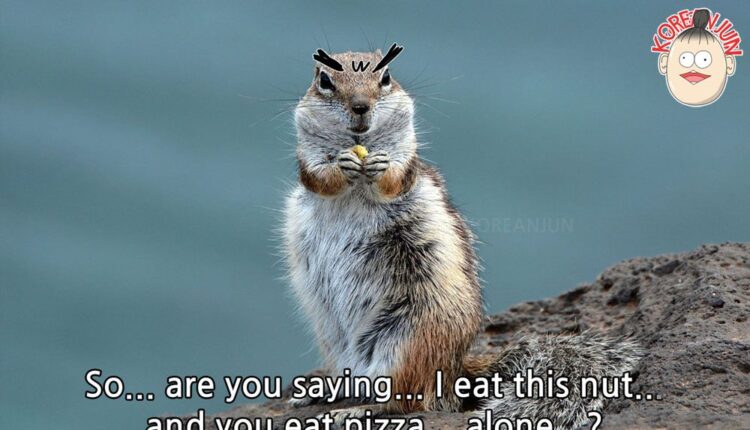 In order to say “I’m hungry” in Korean, you would say “배고프다.” This is pronounced as “bae-goh-puh-da.” You can use this phrase when you’re talking to someone about how you’re feeling or if you want to tell somebody that you’re hungry.

How Do You Say I’M Hungry in Korean Casual?

If you want to say “I’m hungry” in Korean, you would use the phrase “배고파요.” This is a very casual way to say it, and would be appropriate to use with friends or family.

Baegopa is a Korean word that translates to “white rice.” White rice is the most commonly consumed type of rice in Korea and is often served as a staple with meals. It is also used in a variety of traditional Korean dishes such as bibimbap and japchae.

How Do You Ask If You are Hungry in Korean?

One way to ask if you are hungry in Korean is to say “배고프니?” This literally translates to “Are you hungry?” and is a common way to inquire about someone’s appetite. However, it can also be translated more colloquially as “Got any room in your stomach?” or “Want something to eat?”

Another way to ask if someone is hungry in Korean is by saying “식사하실래요?” which means “Would you like to have a meal?” This phrase would typically be used when offering someone food, rather than asking if they’re already feeling hunger pangs. Here are some other useful phrases related to hunger that might come in handy:

Read morePorcelain Figurine Lamps: Unique and Stylish Way to Light up Your Room

Meogja Korean is a dialect of the Korean language spoken in Meogja province, South Jeolla province and Namhae county in South Korea. It is also known as Namhae-jeollan or Naju-jeollan. The Meogja dialect is considered to be one of the most conservative dialects of Korean.

How to Say I'M HUNGRY in Korean | 90 Day Korean

I am Hungry’ in Korean Informal

If you’re ever feeling hungry in Korea and want to know how to say it, then you’ve come to the right place! The phrase “I am hungry” in Korean is “나는 배고파요” (na-neun baego-pa-yo). However, this is only the formal way of saying it.

If you want to sound more natural, then you can use the informal version which is “난 배고프다” (nan baego-peu-da). This is the phrase that you’ll hear native Koreans use most often. So next time you’re feeling a little peckish, don’t hesitate to use one of these phrases!

How to Say are You Hungry in Korean

If you find yourself in Korea and suddenly get the munchies, don’t worry! You can easily ask for what you need in Korean. To say “are you hungry” in Korean, you would say “neh han mee oh raeh yo?”

You’ll hear it often in conversation. Next we have “han mee” (한 밥). This literally means “one meal,” but it’s commonly used to ask if someone is hungry.

So together, these two words mean something like “Are you wanting a meal?” The last part, “oh raeh yo?” (오래 해?), completes the question. It’s basically asking how long it’s been since the person last ate.

Put all together, this phrase translates to something like “It’s been a while since you’ve eaten, right? Are you hungry?” Of course, there are other ways to ask if someone is hungry in Korean. For example, you could simply say “‘Han mee juseyo?'”, which just asks “[Have] you eaten yet?”.

But using the longer version above shows that you are being considerate and polite – perfect for those times when your stomach starts growling unexpectedly!

Are You Hungry?” in Korean Informal

Are you not hungry?

How to Say I’M Full in Korean

If you’re ever in Korea and want to say “I’m full,” you can use the phrase 잠깐만요 (jamkkanmanyo). This literally means “just a moment,” but it’s often used to indicate that someone is full and can’t eat anymore. You can also use the word 고파요 (gopayo) to say “I’m hungry.”

This word is derived from the verb 고프다 (gopeuda), which means “to be hungry.” So if you’re ever feeling peckish in Korea, be sure to use this handy word!

By the end of this post, you’ll be able to express your hunger like a native speaker!

how many beers is a glass of wine

how many linear feet in a half acre